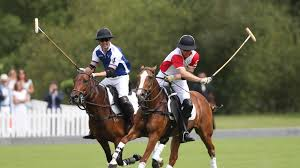 Sport has a funny way of impacting our fashion choices. We have Rugby shirts and Farah Polo Shirt from https://www.ejmenswear.com/men/farah/polos that have all been influenced by the sports mentioned in theirs. Whilst you may be aware of the game of rugby and how it is played, less people are aware of the game of Polo. 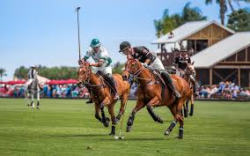 Polo is played on horseback, where two teams compete to be the ones who score the most goals by the end of the match. There are two umpires that are mounted on horses who monitor play and confer with one another in the instances where penalties are awarded.

Here are some of the playing positions in the game.

Position 1 – this is an attacking position that is similar to the striker position in football. They are the players with the best hard hitting ball skills and they are tasked with scoring as many goals as possible when in attacking position and for monitoring the play of the opposition position 3 when they are defending.

Position 2 – an offensive position that backs up position 1 when attacking and they are also tasked with defending. They can interchange with position 3 where necessary.

Position 3 – this is where the best player in the team usually plays and is an attacking position where the player has the skills to pass the ball to positions 1 and 2 in their own team.

Position 4 – a defensive position that is tasked with protecting their teams goal.