How the Wild one defined jeans for a generation. 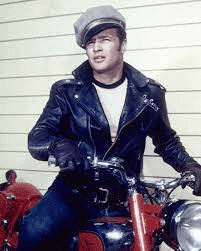 In 1953 the Wild one came out. It was a shocking expose of what the Silent and Baby Boomer generation was feeling. They were growing up in, and after, the Second world war. Not for nothing had the generation that defeated the Nazi’s been dubbed the Greatest. However because they did not complain and just kept their peace about how they felt they were called the Silent generation. However the time to be silent was coming to an end. The baby Boomers had no intention of staying quiet and went out of their way to make as much colour and noise as possible. Observe the Sixties and the Seventies for proof of that. 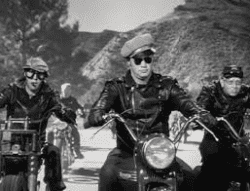 The first salvoes of the end of the silence came from two particular sources. One was Rock n Roll and the second was films and art. The first blast came from The Wild One in 1953 and then Rebel without a cause in 1955. Marlon Brando was a hero, or anti-hero even, that erupted onto the scene. Handsome, a brilliant actor with great screen charisma he was one of those guys that girls wanted to be with and guys wanted to be like (guys wanted to be with him too but this was the 1950’s and that generation wasn’t due to find it’s voice until 30 to 40 years later).

One line sums up the film. Mildred asks Johnny (Brando) what it is he is rebelling against. “Whadda ya got?” come the curt response. This taken from a real exchange between the films Director an actual bike gang. Brando rocks in jeans like those from Levi Clothing for men. Carry on the look with a trip to EJ Menswear.