How Does the Gas Get from the Ground and Into Our Homes? 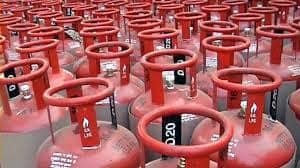 In almost every home and business in Britain, gas is used as power for our central heating systems and our cookers. It is something that many of us rely on, and whether we use a Gas Meter Box like this meterbox.co.uk or pay a gas bill every month, it is something that the vast majority of people see as essential.

But where does it come from and how does it get to our homes?

A lot of the gas used in the UK comes from sources in the seas around the country – the East Irish Sea and the North Sea. However, most of the gas and oil reserves in the world are actually found in the Middle East. Here there are vast drilling areas like the oil fields of Kuwait. Gas is also brought into the country via pipelines from Europe and Scandinavia. It occurs naturally in these areas, stored underground in pockets which then have to be drilled into in order to extract the gas.

The natural gas deposits are usually found near to oil deposits. The difference being that you have to drill deeper to find the natural gas as it is formed under higher temperatures than oil. The drills are mounted on top of a large platform called a drilling rig in order to get to the underwater gas deposits. Once it has been drilled into it is then pumped to the shore through pipes. Some of the gas that is brought to the UK is in liquid form and this is brought in tankers.

Once the gas is in the UK it then needs to be distributed to the places where it is needed. This is where the gas distribution networks come in. There are 8 of these in the UK, and they are owned and managed by four companies. They cover most areas of the UK, however, some of the more rural areas are not covered by any gas distribution networks, so they need to use an independent gas transporter.

Having a gas connection is different to having a gas supplier. The supplier of your gas is the company that sends you the gas bills or who the meter box is connected up with. A company must be registered with Ofgem to be a gas supplier, but it is certainly something worth looking into as many people can save a lot of money by shopping around for a different gas supplier.

Gas safety is important and it is essential that when you have a gas supply, you should also have a carbon monoxide alarm. Gas in its natural state doesn’t smell but suppliers add a smell to it so that people are able to notice if they have a gas leak. However, carbon monoxide is odourless, which is why it is so important to have an alarm for it.