The Celtic Knot and the holy trinity 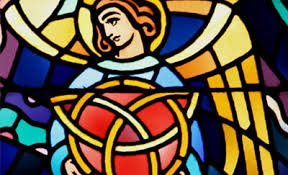 There are many similarities between the Celtic Knot and the Holy trinity. They link the culture and religious make up of Ireland so that the two become the same. Like the knot itself they have become entwined. We see the Celtic Knot design throughout Celtic culture via art and jewelry and even in Mens Aran Sweaters like the ones that you can get from Shamrock Gift. It uses a design that is supposed to represent life and nature. Unlike the straight lines of the Roman designs that came into the Country via Britain this cultural style was more about the curves and rounded natural shapes that nature provided.

This knot work was full of symbolism celebrating the Gods and seasons. It was used so that the folk could give thanks for their lives and the food in the field, the fish in the sea and the beasts of the field.

When St Patrick came to Ireland on his mission from the Pope to convert the populace he soon recognised that the knot was such an intrinsic part of Irish life that he had to somehow incorporate it into his teachings and doctrine to get the people on his side. In this way he used the Father, Son and the Holy Ghost as a focal point. Like the knot the three were also entwined and linked to be one and the same. It is no surprise also that the local scribes of the bibles he commissioned began to illuminate the books with the Knot. The most famous example of this being the Book of Kells which is still on display today.